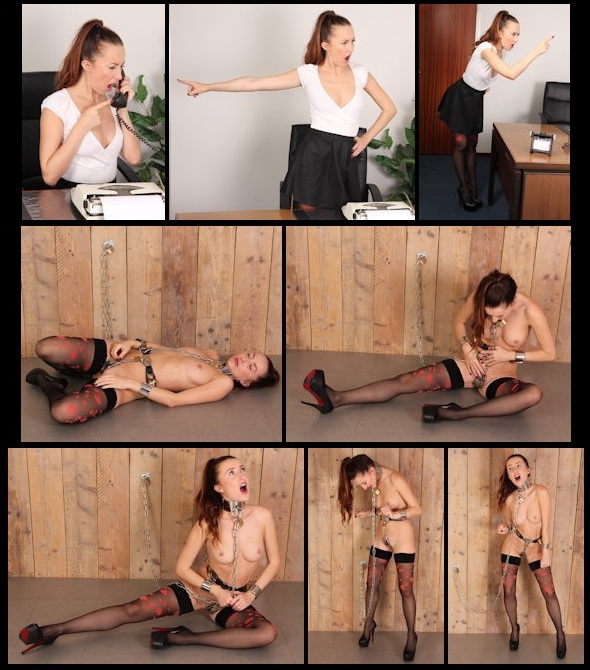 Sophia Smith is really giving all of her employees a very hard time. She is very bossy, shouting on the phone, shouting at her employees. Sophia just loves telling people what to do. Of course, when you behave like this in the office, there will be a day someone will no longer put up with it. Sophia wakes up, locked in a heavy collar chined to the wall. She has been locked in a tight chastity belt and her wrists are cuffed to the sides of the belt. Her skirt and top are gone! A little confused at first, she soon gets very angry. Sophia demands to know who put her there! Whoever did this to her will be punished, she shouts. Sophia Smith is furious! 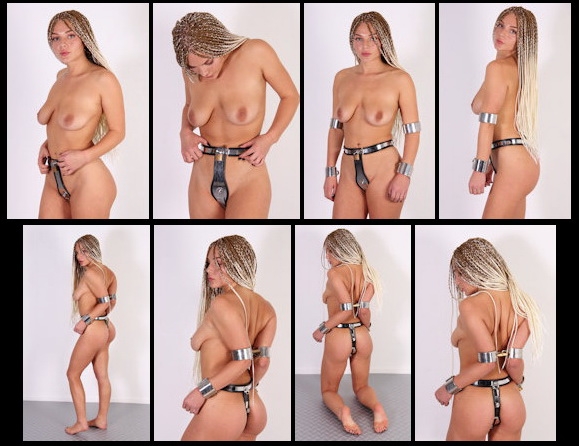 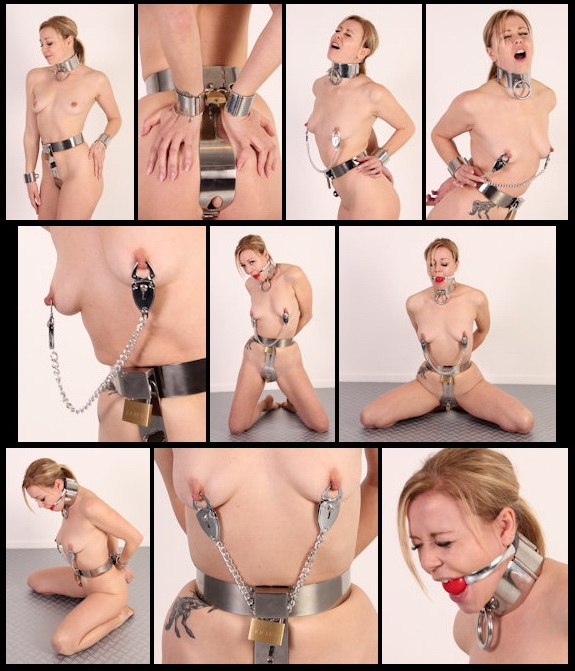 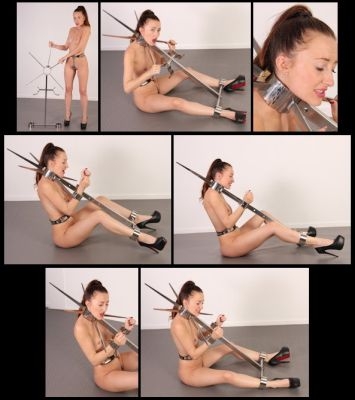 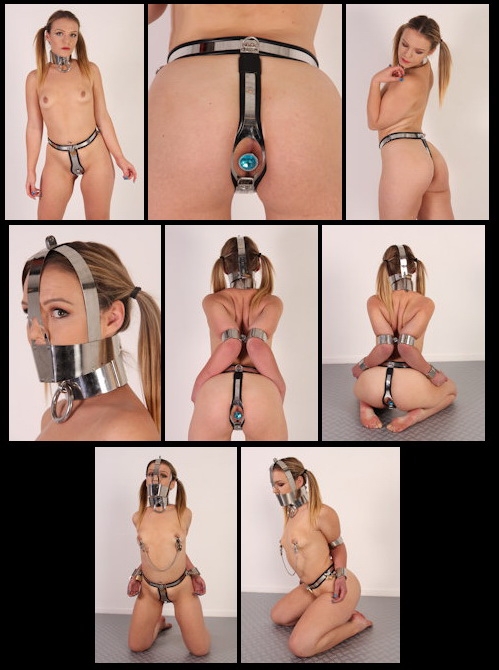 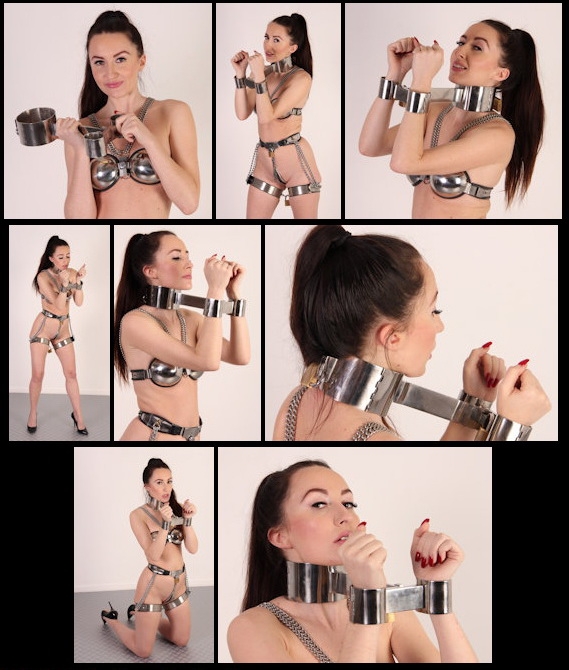