When Chrissy was out last, shooting a custom project for me, we had time to shoot some other sets. Unfortunately, she had a nasty bruise on her ankle, which made tying stuff around it rather painful. So Jewel came up with the idea of using a pair of pantyhose as a sort of encasement for the legs. I then thought it would be cool to do the same with her arms. I did the legs in such a way that the second pantyhose leg pulled into a crotchrope, and brought the material up into her ass. The nylons I used were very strong and don’t run, so although it may seem easy to break out of, it actually isn’t – which is good when you are using it for the purpose of making her helpless. The gag was just an idea that I had used with Sara Liz a number of years ago. It’s Microfoam tape, which is truly amazing stuff. It sticks and is very stretchy, so it doesn’t come off where you put it, but it will allow peel off without taking a bunch of skin with it. 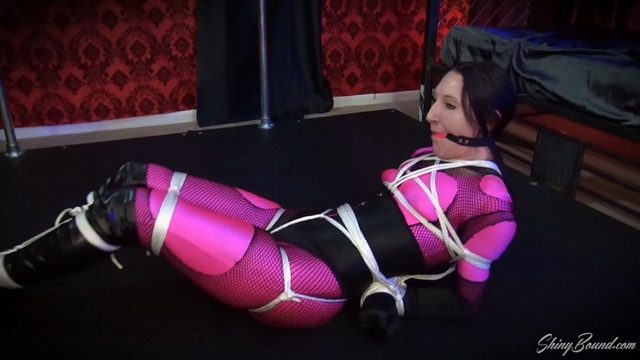 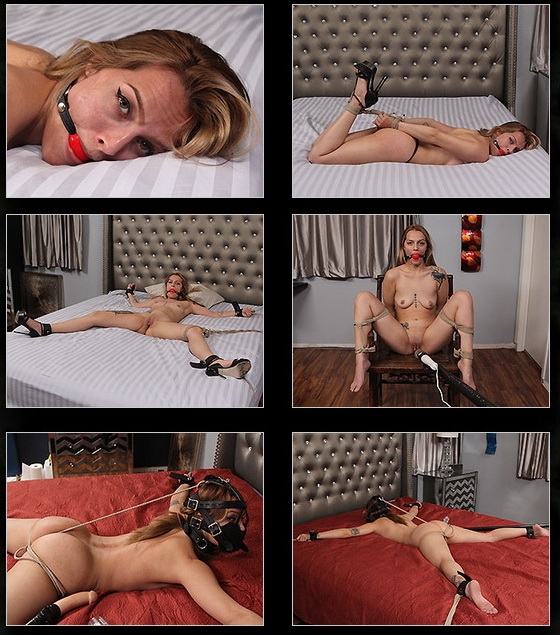 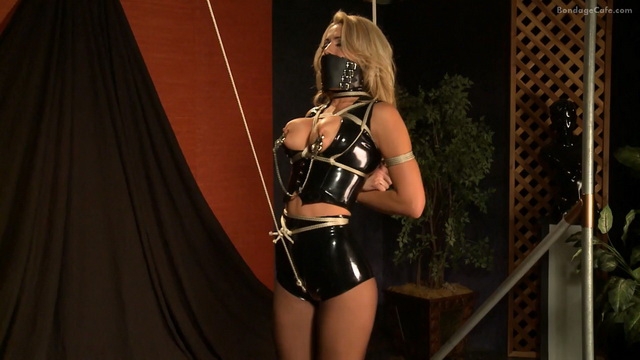 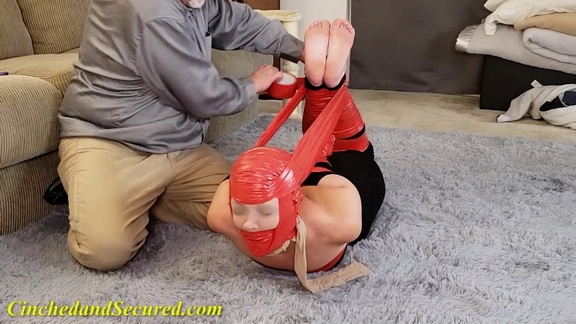 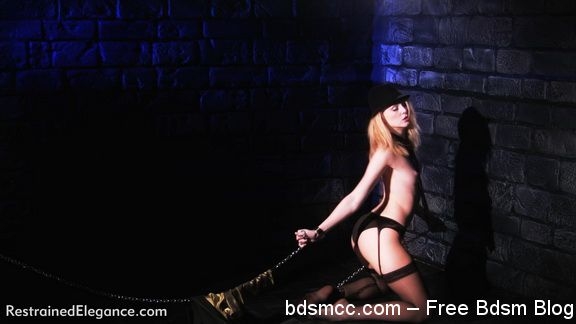